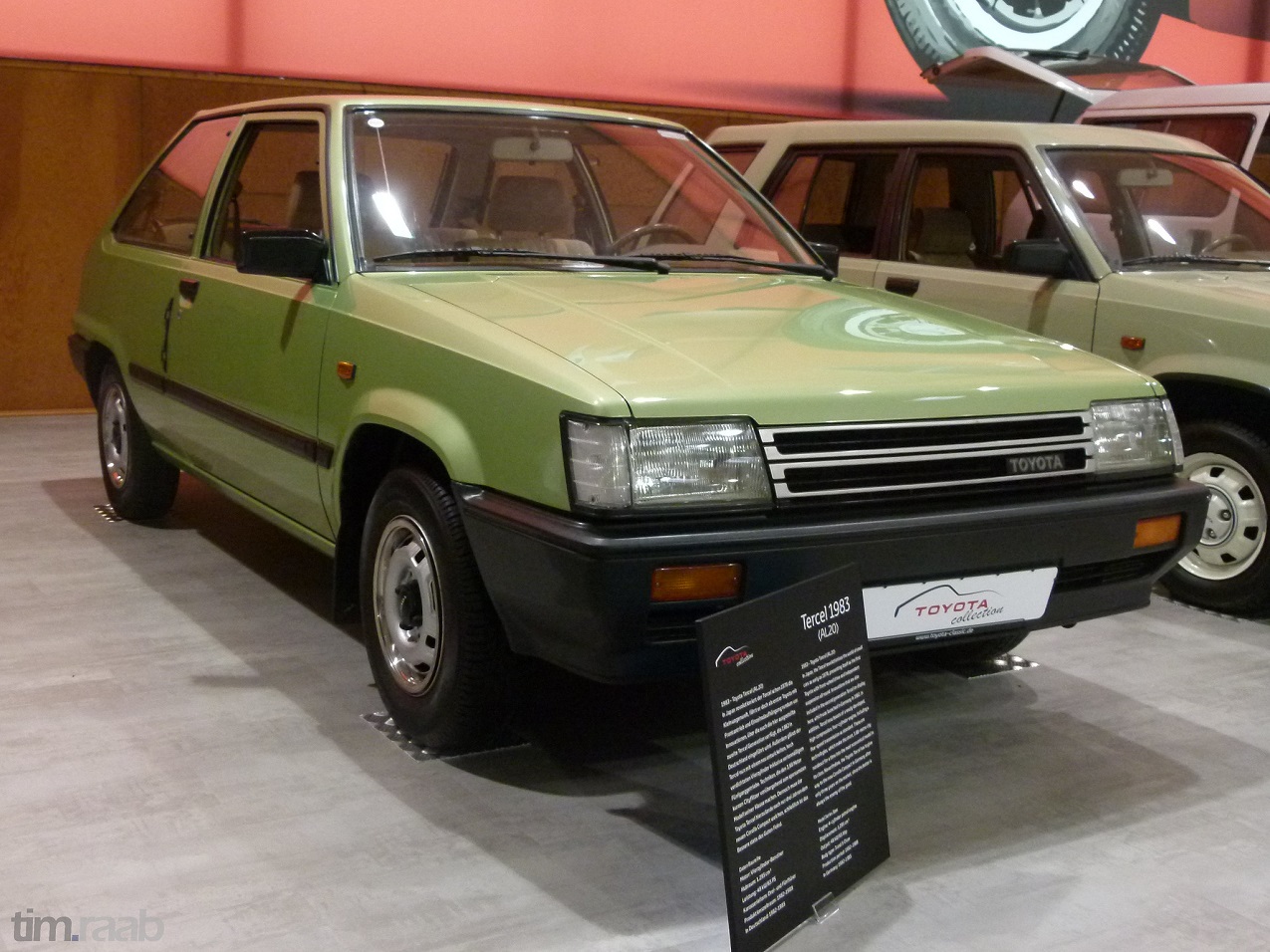 A Tercel probably won’t be winning any drag races,  but ask any mechanic and they’ll tell you about their begrudging respect for the Toyota Tercels of yester-year. Lucky for us, we have a bonafide auto mechanic, tow truck driver, and friend in the form of one Shane Ruiz writing for us on behalf of a towing company in Tampa Bay Florida to give us the lowdown on arguably the most most popular Tercel model – the MKII…

The Toyota Tercel was developed with a pretty specific goal in mind and to fill a somewhat of niche spot in the Toyota lineup. The Tercel MK2 was built in 1982 up until 1988, and it was aimed to fill the spot between the all-known Toyota Corolla and the Toyota Starlet. On one hand, the Toyota Corolla from that period features the forever popular AE86, found in popular culture everywhere from music videos, to movies, anime, and computer, along with other variations of the same chassis which already made the Toyota lineup diverse. On the other hand, the Toyota Starlet is a small hatchback, smaller than the Volkswagen Rabbit. So, what does this mean for the Tercel?

The Tercel filled the spot for innovation, mainly, along with concept and prospect to develop a slightly larger and somewhat more comfortable car. The Tercel was the first front-wheel drive car developed by Toyota, as such they pushed interior room, fuel economy, maneuverability, and overall comfort to the limits of that time and budget.

Why would you want a Toyota Tercel MK2?

Not many people know about the Tercel. Everyone knows about the Corolla, that’s for sure, but the Tercel is a pretty unknown name in the current day and age. As such, rolling at a stop light in a Tercel will attract a bunch of eyes to you due to people not knowing what that car even is. It doesn’t look out of place and unfamiliar, in the end it’s still an old Toyota, but something is definitely weird about it and not in a bad way.

Another very interesting quirk is that the engine, codenamed the 3A, is vastly used in the Japanese market of the time, on a variety of cars such as the Toyota MR2, but outside Japan it’s used only on the Tercel. This allows you to see some actual Japanese engineering without too many changes to the overall purpose of the engine due to selling it in a different market, compared to other engines. This also brings a very reliable engine to the table, many current owners and previous owners showcasing 200,000 miles.

The Tercel comes in many forms, probably staple of the cars of that time. You can find it in either a 3/5-door hatchback, a 4-door sedan, or a 5-door station wagon. Not as many as the Corolla’s but still plenty. As far as colors go, it has a large variety of paint jobs which span across a variety of years and body styles. As an example, gold Tercels MK2 are built in 83’ only, while two-toned paint-jobs are only available for the four-wheel drive station wagon. As far as design goes, it certainly looks vintage but not old, showcasing plenty of design choices that are having a resurgence today, all while avoiding choices which could date the car heavily such as round headlights. On the interior however, the design choices seem retro with a touch of futuristic.

The seats are mostly two toned, which is staple of the 4WD model, which showcase a different pattern on the seat itself and solid colors on the seat’s bolsters. The dashboard is somewhat futuristic, or more precisely the clusters. That was the intention at the time anyway. This is even more apparent on the 4WD model, which has some analog indicators where the current infotainment system is which show you various pitch and roll angles and if the 4WD is engaged or not, which during the night glow green and makes the whole dashboard look like it came from a jet fighter. 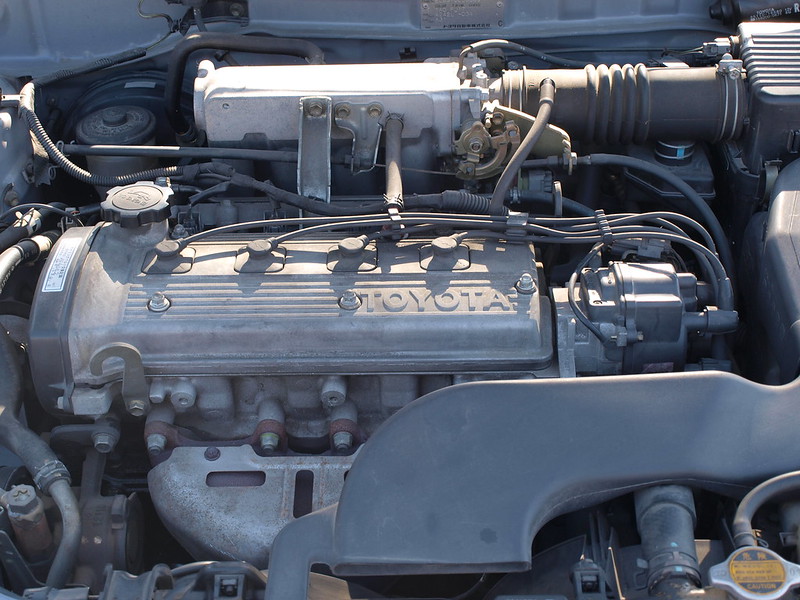 4 Cylinders Of Fun – The Toyota Tercel MKII Under The Hood

The Tercel MK2 in the US comes with a singular engine choice, mentioned above. It’s codenamed the 3A and features 4 in-line cylinders with a total displacement of 1.5L mounted longitudinally. It comes mostly in a front-wheel drive format linked to a 3-speed automatic, 4/5-speed manual, or a 6-speed manual in a four-wheel format.

This interesting engine has an output of 63 hp, not a lot by any stretch of the imagination, but such a low output usually indicates an engine which isn’t particularly stressed. The 4WD 6-speed isn’t really a 6-speed, but mostly a 5-speed with a crawler gear, which makes the Tercel a pretty capable off-roader right from the get-go. The regular suspension format is available, a MacPherson strut in the front and a torsion beam axle in the rear.

The driving experience is as expected from a car such as this. A very composed and relaxed drive which along with the low-ish torque available offers a very capable car, for something which is by now almost 40 years old. The car was developed as a comfortable cruiser, and it achieves it without too much fuss, with a forgiving suspension and soft seats.

On the road, Toyota managed to develop a very specific characteristic, because up until the Tercel almost every front-wheel drive car was very understeer prone, but that changed with the Tercel which is very similar to a rear-wheel drive, being able to oversteer if you really want it to.

The Toyota Tercel is peculiar and very niche. It isn’t a Corolla, nor is it a Starlet. It isn’t luxurious but it isn’t low quality by any stretch of the imagination. It set a bunch of trends which by today’s standards seem pretty common and irrelevant.

The Tercel was a pioneer, a pioneer which is, for some bizarre reason, forgotten. All of these conclude to an interesting car, a piece of history you might say, all while being surprisingly available and affordable.